As Playbill’s first-ever Director of Social Media and Creative Strategy (and previously Social Media Manager), I developed a cohesive voice and content strategy for Facebook, Twitter, and Instagram. I’ve expanded Playbill’s digital presence by launching and growing their Instagram Stories and Lives, Facebook Lives, Spotify, and Snapchat—debuting this specific account with a delivery of a hot slice of cheese pizza to Tony winner Leslie Odom Jr. on National Pizza Day. In addition to daily community management and creating graphics, videos, and animations for our platforms, I oversee the entire social media strategy, including our social media partnerships with Broadway’s PR and ad agencies. I develop and execute sponsored social media campaigns with brands such as Cadillac, Subaru, Netflix, and NBC. I also develop and oversee our social media coverage for special events such as BroadwayCon and The Tony Awards. During my time, I’ve increased Playbill’s Instagram following by 382%.

Take a look at what’s happening on our platforms right now:

Each weekday, I highlight three of Playbill.com’s editorial stories as animated videos on our Instagram Story. Our Instagram Story has become a new source of substantial traffic for Playbill.com—often being the number one driver of traffic for those editorial stories. We also incorporate interactive templates and exclusive industry coverage. Since launching in January 2017, viewership has increased 150%.

Playbill was selected by Instagram to present content as an IGTV launch partner. Shortly after, I launched Playbill’s first IGTV series in partnership with Lempicka‘s world premiere at Williamstown Theatre Festival. These types of content partnerships has made Playbill the leader amongst industry competitors. Tune in here.

Launching in December 2015, our Spotify playlists have become a destination for musical theatre fans, with over 18,000 followers. I create the graphics and collaborate with our senior features editor to curate the music for these bi-weekly themed playlists. 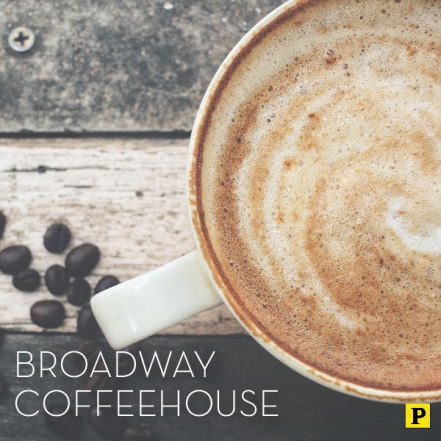 Past Social Media Work and Projects

DoSomething.org is the country’s largest not-for-profit for young people and social change. As the Digital Content Associate, I managed the Instagram, Google+, Pinterest, Tumblr, Vine, and YouTube communities, and periodically Facebook and Twitter. I strategized and executed social media plans for dozens of national cause campaigns, working with high-profile brand sponsors like Cocoa-Cola, ESPN, and H&M. I led the creation of a social media product as well as oversaw the entire SEO strategy.

In 2014, Wet Seal, Inc. was a leading specialty retailer in fashionable and contemporary apparel and accessory items. I analyzed their social media channels and worked with the CEO, John Goodman, and CMO, Christine Thompson, to develop a social media plan that emphasizes engagement with their users.

Along with other student team members, I worked with the African and African Diaspora Studies academic advisor plan a social media strategy to recruit new students to the department. We developed their presence on Twitter, launched their first Instagram account, and initiated a meme series. The meme series humorously featured celebrities that had been involved with their African American Studies department, and how it helped them achieve their goals.